A symmetrical appearance of the inner and outer labia and a generally young and firm appearance of the genital area are becoming increasingly important for many women. However, after pregnancy or with increasing age, unwanted changes can occur in the intimate area of many women, which disturb the individual ideal of beauty: This includes not only sagging and asymmetrically shaped labia, but also sagging muscles of the vaginal wall.

SUMMARY OF THE TREATMENT

ATTENTION: Everyone is unique. This means that the treatment process, planning and outcomes can be different for you. The information you see here is the averages encountered in a large sample size. For details please contact us via WhatsApp: +49 170 5473999

Duration of the operation

Process of return to work

Success of the results

Procedure of an intimate surgical intervention

An intimate surgical procedure can be useful if the appearance of the vagina has serious effects on self-confidence. Occasionally, anatomical conditions may lead to pain or limited movement, or the patient's sexual experience may suffer. Regardless of which intimate surgical treatment you book with us, you can always rely on the following services: 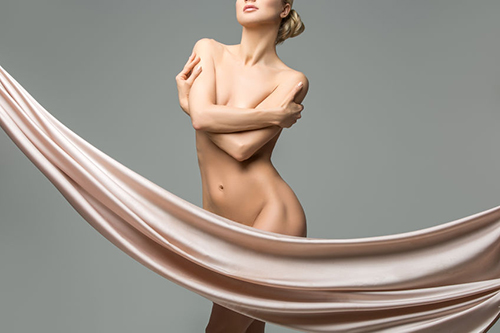 The inner and outer labia show an enormous variability in their appearance and size. Due to aging, pregnancy or genetic predisposition, the elasticity of the labia decreases in almost all women. This is often perceived as unattractive. Genetically caused asymmetry, in which the labia minora or labia majora are uneven in shape and size, is also perceived as disturbing.

Finally, the difference in size between the inner and outer labia can be so great that the labia minora protrude while standing, which often disturbs the individual's desired image. With particularly pronounced forms, irritating pain can arise during sporting activity, cycling or sexual intercourse.

We offer you different methods to shape, tighten and adjust the size of inner and outer labia.

The fact that the inner labia sink by up to 2 cm in the course of time is part of the natural development of every woman. However, in patients who decide to reduce the labia minora, the labia can also sag by up to 6 cm. In an operative reduction of the labia minora, excess skin is therefore removed in order to achieve an even appearance and to prevent protrusion from the labia majora.

For a harmonious overall picture of the vagina, not only the size and shape of the inner labia but also the composition of the outer labia are essential. However, after a great loss of weight and due to the natural aging process, the labia minora can be significantly lowered and lose volume. However, the outer labia can be modelled and optically adapted to the personal ideal using various surgical or minimally invasive methods.

The labia majora can either be corrected in a separate operation or treated together with the labia minora in a combined procedure. The type and extent of the intervention always depend on the individual initial situation and the desired result.

The reduction and modelling of the labia minora and labia minora is one of the most frequently requested cosmetic corrections and generally proceeds without complications. Swelling or numbness immediately after the operation usually disappears within a very short time. For this purpose, the intimate area should be cooled for a few hours. However, as with all surgical and minimally invasive procedures, risks cannot be completely ruled out. These risks mainly affect wound healing, as this is always linked to the individual requirements of the patient.

In order not to endanger wound healing, mechanical stress such as riding, cycling or jogging should be avoided between 4 and 6 weeks after the procedure. Sexual intercourse should also take place after about this time: Although the sutures are usually closed a few hours after the operation, their final stability and resilience only develop after several weeks. This also prevents asymmetric scarring.

Since the biological structure of the outer and especially the inner labia is adapted to a natural, permanent bacterial colonization, infections do not usually occur. In order not to irritate the fresh seams excessively, however, it should only be showered with commercially available soap after 3 days. Medical sitting baths support the healing process. If you suffer from regularly recurring urinary tract infections, please contact us before the procedure.

During the natural aging process, the skin loses elasticity and flexibility throughout the body. This also affects the tissue of the vagina wall: skin and muscle tissue are no longer as supple and firm with increasing age, which can lead to an impairment of sexual pleasure. When a child is born, the walls of the vagina are also extremely stretched. Even with disciplined regression gymnastics, however, a tight condition can usually not be completely restored.

In order to tighten the tissue, the vagina can be rejuvenated with a vaginoplasty. In addition, the vaginal canal can be narrowed by two different procedures: Either by the removal of excess skin parts (vaginal tightening) or by injection with autologous fat (vaginal narrowing). When which method is used depends above all on the individual physical starting position and the desired treatment goal.

Vaginal rejuvenation is a complex surgical procedure performed under general anesthesia. Normally, the procedure is performed without complications. However, despite the fact that the operation is performed perfectly by our specialists, risks cannot be completely excluded. A conscientious wound care and rest period for the treated areas is therefore essential.

Recovery is accompanied by pain and numbness in the first few days. However, these symptoms subside quickly and can be well treated with painkillers. Even slight bleeding and a temporary loss of sensitivity are not worrying. If the bleeding becomes stronger, we advise you to consult a doctor. The sutures dissolve by themselves at the end of the recovery period and do not need to be removed again.

In order not to endanger the healing process, sports, long walks and sexual intercourse should be avoided for at least 6 to 8 weeks. Our beauty experts will be happy to answer your questions about correct menstrual hygiene after vaginal rejuvenation in detail.

Hymen reconstruction (restoration of the hymen)

The female hymen is a fine annular membrane at the entrance to the vagina. After the first sexual intercourse, during sports or occasionally through the insertion of a tampon, the hymen tears into a star shape or is pushed aside.

For cultural or religious reasons, however, an intact hymen may be preferred for marriage. Surgical intervention usually makes it easy to restore the hymen. Which procedure is used for the reconstruction always depends on the respective physical condition.

As a rule, the procedure to restore the hymen proceeds without complications. However, as with any surgical procedure, risks and side effects cannot be completely ruled out. However, compliance with the recommended resting period and conscientious intimate hygiene are essential for a trouble-free healing process.

After the operation there may be slight tension pains, which, however, subside a few hours or days after the operation. To prevent the cuticle from tearing again during the healing phase, physically strenuous activities and friction in the genital area, such as prolonged walking, should be avoided. In order to avoid unnecessary irritation of the fine membrane or infections, shower only with clear and lukewarm water during the first 5 days after the operation. After 3 days, sitting baths with chamomile are highly recommended.

After the reconstruction of the hymen, it may be slightly firmer. During the first intimate contact after the restoration, the partner should therefore proceed with particular caution so that sexual intercourse is pleasant for both sides.